Looking for the Lava? 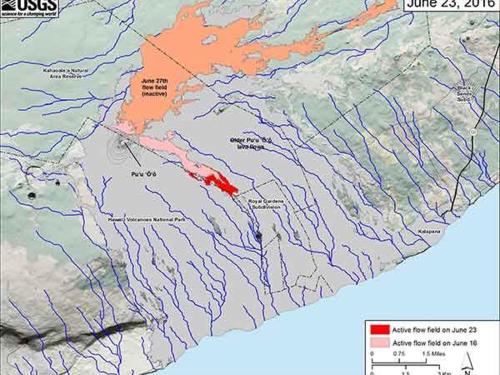 With the entrance to Hawaii Volcanoes National Park just minutes from 5th Street Ohana, most of our guests are looking for the lava! The most recent flow from Kilauea Volcano, which has been continuously erupting for more than 30 years, is located southeast of Puʻu ʻŌʻō, high on the mountainside. According to Big Island Video News, it’s just over 3 miles long and is advancing steadily about 330 feet each day. The active flow poses no immediate threat to populated areas, and it’s still quite a distance from the ocean. Currently, the lava can only be seen via helicopter, but eventually there will be hiking and boating tours available. Although it may be tempting to try to access the lava on your own, it’s not something anyone should do without a knowledgeable and professional guide.

Meanwhile, there are excellent viewing opportunities of the bubbling and churning lava lake at Halema’uma’u crater within Hawaii Volcanoes National Park. At the Jaggar Museum overlook, a daytime plume of smoke is visible, but the nighttime view is the true money shot, with the impressive glow of lava breathtakingly contrasted with the dark sky. Bring your camera!

To find up-to-the-minute reports on current lava activity and viewing opportunities, call HVNP at 808/985-6000 or visit the website at https://www.nps.gov/havo/planyourvisit/lava2.htm. Then book your stay at 5th Street Ohana, where looking for the lava is just one of the amazing and memorable things you’ll do. 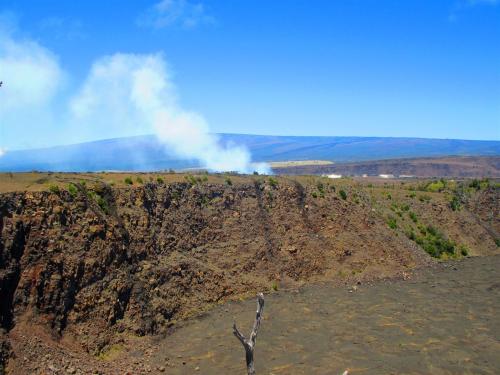 While the State of Hawaii is comprised of an archipelago of small islands, it is the big island of Hawaii that is the main island and gives the state its name. While Hawaii is undoubtedly a beautiful place and the perfect destination for a tropical holiday, it was created by five separate volcanoes - three of which are still active today. 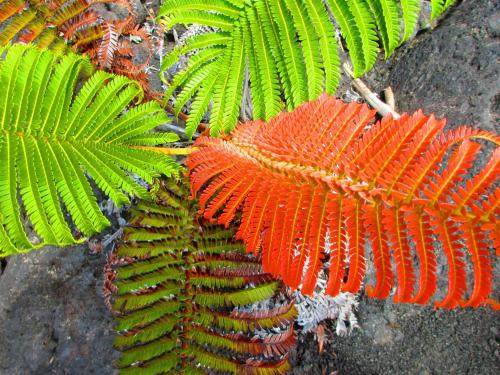 Experiencing the Volcanoes
The best way to explore the volcanoes of Hawaii and witness the phenomenal power that they have the potential to unleash is through a visit to the Hawaii Volcanoes National Park. The national park was established in 1916 and encompasses the volcanoes of Mauna Loa and Kilauea. Points of interest within the park include the main visitor center, the Volcano Art Center, and the Thomas A. Jaggar Museum, which as well as featuring key exhibits also gives you fantastic views of Kilauea’s active vent which is known as Halema’uma’u. Access the park’s coastline along Chain of Craters Road which takes you past several impressive craters that were created by past eruptions down to the coast where lava took over the road years ago. 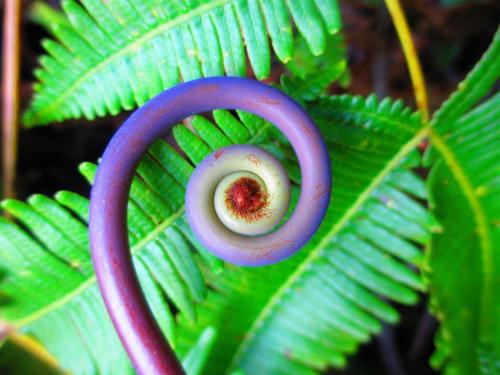 More than just Volcanoes
The Hawaii Volcanoes National Park is a lot more than just a celebration of Hawaii’s famous volcanoes - this is an enormous wilderness area that provides unique hiking and camping opportunities. Ranging from sea level to the top of Mauna Loa (13,677 feet above sea level), the national park includes diverse landscape from lush tropical rain forests to arid and barren desert areas.
Footsteps into History
One of the features of the Hawaii Volcanoes National Park is the 1790 Footprints. While there is some debate as to exactly who left these footprints in the lava, the popular theory is that they can be associated with a series of battles that took place in the area around the year 1790. This was a period of conflict on the island of Hawaii as competing warriors sought to exert their control over the island. The footprints are believed to have been left by a warrior called Keoua and his forces who had come to the volcano to make offerings to the goddess Pele. Trapped by the erupting volcano, many of Keoua’s warriors were killed by the explosion and the footprints show how they tried to escape across the desert. Modern forensic techniques have shown that the footprints aren’t actually fossilized, but were probably made as a result of the layer of fine ash that had been deposited by the erupting volcano. The ash was turned into thick mud by the rain that was triggered by the eruption and it was in the mud that the escaping warriors left their footprints. In the tropical sun the mud was quickly solidified and preserved in the arid heat of the desert which gives them the fossilized appearance that we see today.

There is a lot more to Hawaii than just surfing, beaches, and sunshine. Come and explore the geological wonders that are the volcanoes of Hawaii as they continue to build and shape this extraordinary island.

Sulphur Banks: A Must Do Trail 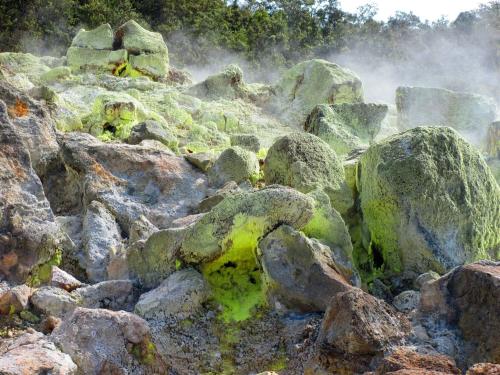 Sulfur… Aw the smell of sulfur, eggs and gas. Ok so maybe it’s not too nice to smell, but at least it’s cool to look at. Bright neon yellow crystals composite on the slopes of Kilauea volcano, in Hawaii Volcanoes National Park. Talk a stroll down the boardwalk and see the crystals along with steam. 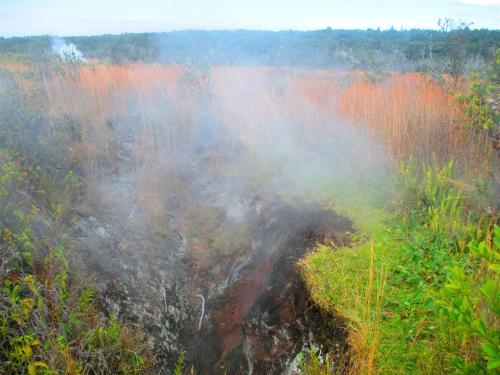 Make sure to look around at the native plants and their amazing adaptations to sulfur. How are they able to grow in such a harsh environment next to an active volcano? Read the interpretative signs to find out. I won’t bore the non-science people here. But it really is interesting. At the end of Sulphur Banks Trail get up close and personal with large earth cracks pumping out steam! It truly is remarkable to see large amounts of steam escaping from the earth… All from the heat underground and the moisture in the air. Again, I won’t bore you with the science details, but there’s plenty of reading material in the park.
And the great thing about Sulphur Banks Trail is it can be done in under 1 hr! Great for families and people who are on a time budget while visiting Hawaii Volcanoes National Park! Enjoy this enjoyable walk, but maybe hold your breath in certain areas!
Previous
Next