Why Get a Rental Car in Hawaii?

Tips When Flying to Hawaii

What NOT to Do When Traveling

Most posts you see online and in travel blogs share all these great tips on what you need to do or what you should do in order to have a great vacation. Often times I have noticed that people should be aware of what not to do as much as what they should do.

Here are a few things that you should never do while traveling that will help insure you have a memorable vacation.

Traveling is one of the best adventures life offers. Don’t worry about too much about dos and don’ts once you start your journey. You are on vacation - get out and explore and create memories that will last forever.

The Hawaiian Rainforest: Tips for Travelers

Practicing Gratitude During the Holidays 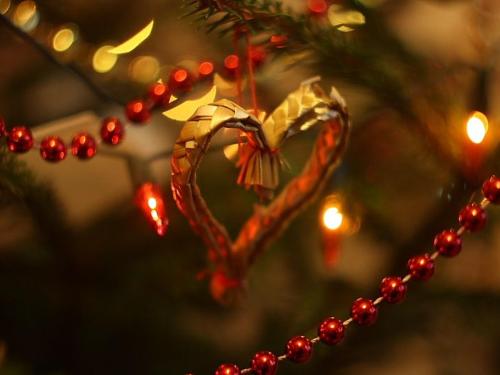 During the holiday season, which can be a difficult time for many people, we all can benefit from a daily gratitude practice. Holiday triggers—such as being without family; not having festive functions to attend; dealing with family drama; indulging in too many boozy, diet-busting parties; worrying over finances; or feeling burdened by added responsibilities—can easily cause you to feel overwhelmed, rushed, sad, lonely, or depressed. Practicing gratitude can help you transcend the holiday madness by strengthening your connection and giving you a positive direction.

The practice of gratitude strengthens your conscious connection to the Energy of Creation and all of its manifestations. The Intelligence that created the Universe flows through you, me, and through every living thing. Each breath is a gift. When you observe how much you are given and benefit from others, you are reminded that are not alone. Responding to what you are receiving with the energy of appreciation deepens your relationship with God and strengthens your social connections.

Daily gratitude practice also sets your mind in a positive direction. Where attention goes, energy flows. Positive thoughts raise your energy. Thinking negative thoughts lowers your vibration. Choosing each day to focus on the good and celebrate it up-levels the good. When you’re flowing with the bright positive energy of gratitude, you radiate joy and become a magnet for more good.

May your spirit soar with gratitude this holiday season and beyond.

Much was made on sports talk radio about the 44 times Peyton Manning of the Denver Broncos used “Omaha!” as a verbal cue before certain plays in their playoff game against the San Diego Chargers. In the NFL channel’s analysis Tuesday night, former QB and now TV contributor Kurt Warner was jokingly asked why Peyton Manning used “Omaha” as a play call, versus other US cities. Kurt remarked that Broncos Head coach John Fox had probably started using the name at the beginning of his career, and head football coaches are “creatures of habit.” Whether you want to admit it or not, habits rule our lives, for better or for worse. At this point in life, you can probably brush your teeth, take a shower, and even drive your car to work without much thought, as your preprogrammed habits take over.

What does this have to do with an exotic vacation at an Emma Spencer property? A vacation is actually a great place to try out a new habit! It’s a controlled environment – you set your schedule, you have the opportunity to determine what you spend your time on, and you control what distracts you. According to William James, considered by some to be the “Father of American psychology”, one of five keys to establishing a successful habit is that “every opportunity must be seized to act on the new habit we wish to create.” Looking to get outside your comfort zone? Feeling the winter blues? Set your goals for 2014 and consider using a vacation to afford you the opportunity to seize the opportunity to act on your new habit!